I was fortunate enough to win a ticket to attend this prelaunch event at the Soho Hotel in London three days ago. This is more of a quick overview of the night rather than an indepth review, but keep reading for some awesome photos.

A close up of my mate beside the KH board at the entrance to the event.

The event started at 6pm in the evening and began with a showing of the launch trailer for game which isn’t due out until next week. We weren’t allowed to film it but it’ll be on Youtube in no time when the trailer is officially released.

Conference room: KH1.5 Logo displayed on the screen while we waited for it to start.

Next the event kicked of straight away with the Q&A session with Shinji Hashimoto and Yoko Shimomura. I was so absorbed in the talking that I can’t remember how long it went on for, but quite a few questions were asked. Take this with a pinch of salt, as I can’t remember exact quotes. Ones I can remember off the top of my head were ‘what is your favourite character?’, to which Shinji Hashimoto said Sora because he remembers when Nomura drawing the first draft of him while Yoko Shimomura answered Riku because he was so talented without needing to try. Another favourite question of mine was ‘how did the creation of Kingdom Hearts come about?’ Hasimoto replied that Square Enix and Disney offices used to be in the same building in Tokyo and Kingdom Hearts was born from a conversation in an elevator. Pretty weird XD The final question which I recall loving was ‘what is your favourite track?’ (directed at Shimomura). She replied saying that she couldn’t possibly pick because her songs are like her children and you can’t just pick one. It was such a sweet reply ❤ Later on during the Q&A session 3 tracks from the game were played and Shimomura explained how the soundtrack had to be remastered.

A photo of the Q&A session.

A close up of Shinji Hashimoto and Yoko Shimomura during the Q&A session.

Someone recorded the the majority of the Q&A session. If I find it online I’ll link it here because it was really, really good.

At the conclusion of the Q&A session, a raffle was drawn. Upon entering the event everyone was given a ticket (although we didn’t know that at the time). To say the prizes were awesome is an understatement. They gave away: KH silver ring and keyblade keyring, two early copies of 1.5 Remix, 2 massive wallscroll/posters signed by Hashimoto and Shimomura and finally saving the best until last; a framed print signed by Nomura, Hashimoto, Shimomura. I imploded at just the sight of it. Apparently only two were made and the other was given away at E3. Needless to say I won nothing. That being said, just attending the event was fantastic so although I’m disappointed not to win, it was great to see these items going to true fans.

A photo of me with the signed Nomura print. Had to resist escaping with it 😉

A photo of the signings queue.

After the raffle session was over a table was set up at the front of the conference room and everyone queued up for signings and photos. I got my limited copy of Birth By Sleep signed as well as my lithographs. My friend got his copies of Final Mix signed.

While the signings continued through the evening, a free bar was open in one room, a photo shoot was open in another and the best of all the largest room was decked out with a set of HD TVs and copies of KH 1.5 Remix -glee- The game was free to try while in one corner a merch stall was set up with KH merch and some signed items.

Sooo many TVs and games! KH paradise ❤ Sorry about the terrible lighting. It was so dark everywhere for photos.

The event was truly amazing. I am so happy to have won a ticket: Square Enix Europe put on a fantastic show and were extremely generous with the merch bags, giveaways and free bar. Probably best of all though (apart from meeting the legendary Yoko Shimomura and Shinju Hashimoto) was socialising with the other fans and being a part of the atmosphere. Being surrounded by like-minded people whom are all really passionate and hyped for a game is probably the best experience of all.

A quick snap of the free swag.

The stunning lithographs given away in a card cover/book.

A close up of the signatures.

A close up of my mate beside the KH board at the entrance to the event. 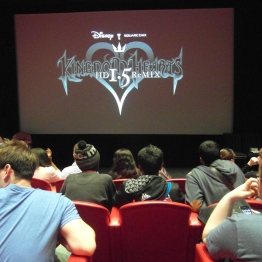 Conference room: KH1.5 Logo displayed on the screen while we waited for it to start. 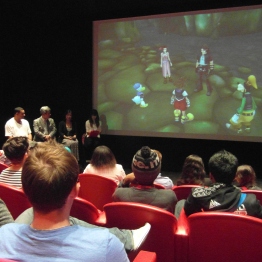 The Q&A session with Shinji Hashimoto and Yoko Shimomura. 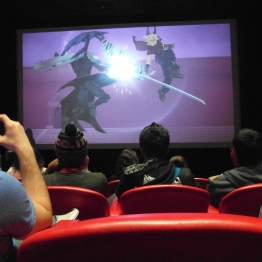 Photo taken during the Q&A session, game screen shots were looping on the projector. 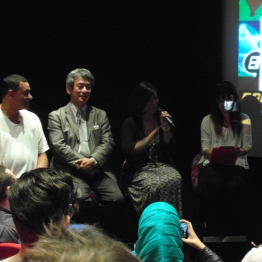 A close up of Shinji Hashimoto and Yoko Shimomura during the Q&A session.

Another photo of the Q&A session.

Queuing for the signings!

I’m ready to get my BBS game signed! Booyah!

Another photo of the signings queue, this time from the back of the room.

A quick photo of signings.

Love this photo so much ❤ Was such an honour meeting them both!

A fantastic photo of my friend with Shinji Hashimoto and Yoko Shimomura. 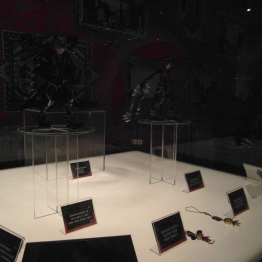 They were selling limited numbers of signed merch. I wanted a CD so bad but I couldn’t afford it 😦

My friend gearing up to try the game! 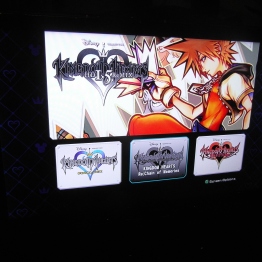 The framed print signed by Nomura. (This photo is a little dark)

Another photo of me with the signed Nomura print. Had to resist escaping with it 😉

Square even went to the trouble to mounting some prints on the wall.

Another photo of my friend with the wall prints.

Me, outside the hotel by the entrance. The starry ceiling could have been something right out of the game :3