Since before I even started to collect Final Fantasy merch I have always dreamed of owning a piece of Yoshitaka Amano work. I know an original is out of the question (unless I win the lottery!) but a print is the next best thing so when I saw these two for sale I couldn’t turn the down.

Both prints came in large boxes, wrapped in their original covers.

The first print is called Rival I and is a close up of Squall. It’s hard to tell from the photo but the bronze is metallic. 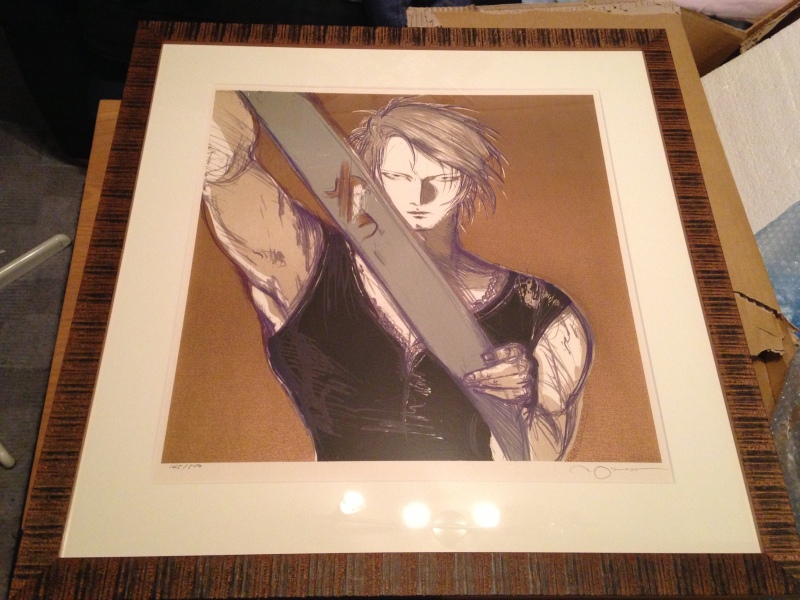 Here’s a close up of Squall’s face – he is so handsome XD You can see Seifer’s reflection in the blade too. 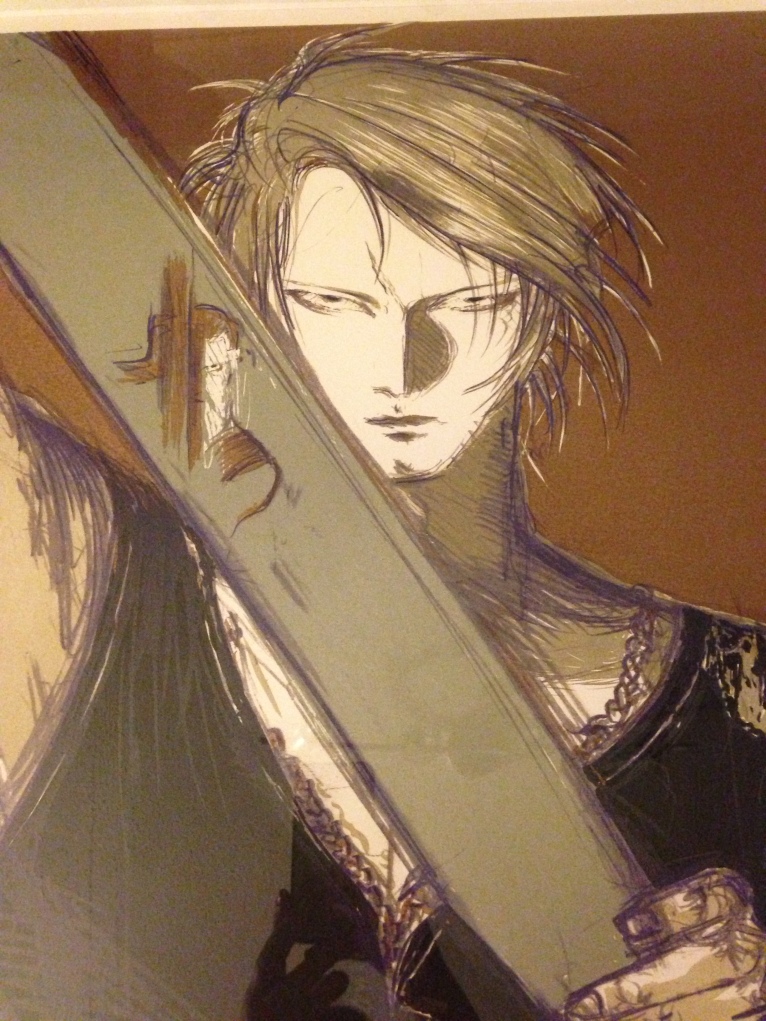 Squall is number 145/500 and is handsigned by Yoshitaka Amano himself! -glee- 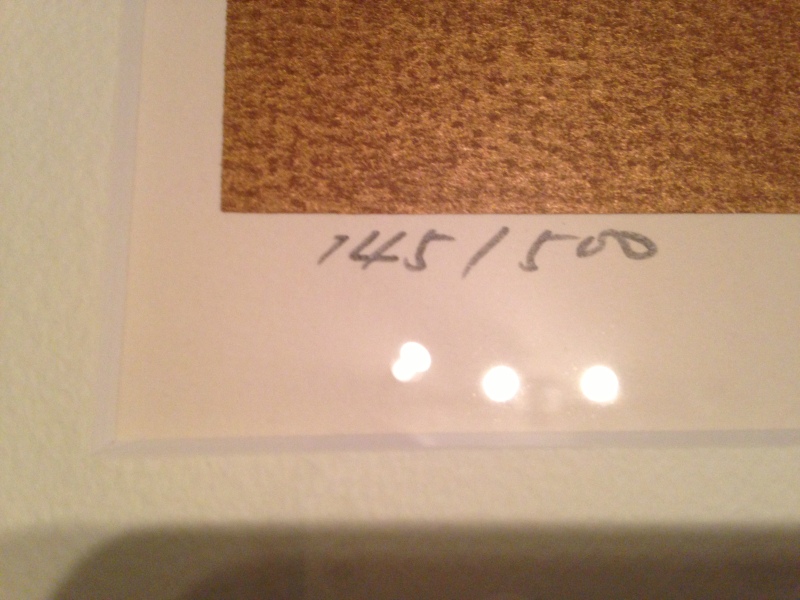 The second print is called Rival II and is a close up of Seifer. 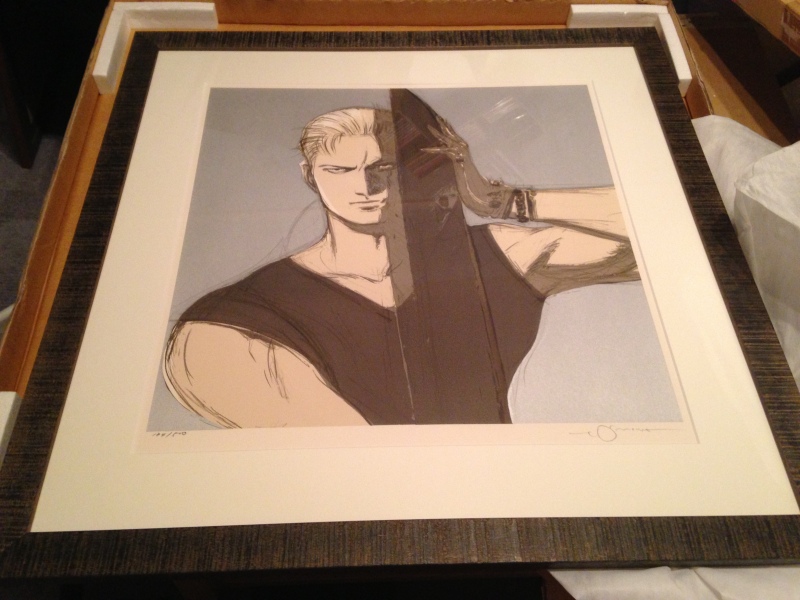 He also has a reflection of Squall in his blade and is both signed and numbered (184/500). I didn’t realise initially, but the frames are slightly different shades. Squall’s has a bronze finish and Seifer’s has a silver finish.

These prints were released around 1998 (I don’t have exact dates, sorry!) during the launch of Final Fantasy VIII. They would have been sold direct through Amano’s old website and came framed. These aren’t the only two he’s sold. In fact there is a whole range of VI, VII and VIII work. I haven’t seen any pre VI, IX or X but it wouldn’t surprise me if those pieces existed.

As a note, they do usually come with a certificate. While these two didn’t have them included they do have all the original stickers on the frame and outter box.

I do not know what type of print these are. I am aware Amano has released a variety of types: lithographs, silk prints and screen prints.

I have no idea where I’ll hang them though. They are far bigger than I expected them to be but once they are up on the wall I’ll add another photo. I am so into FFVIII at the moment – these are probably the best FF items I’ve ever brought! 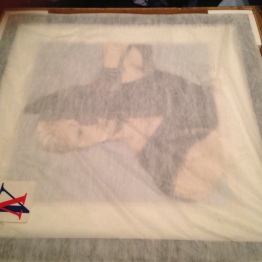 Mesh cover/bag which both prints were packaged in. It has a logo at the bottom which I assume is from the studio who sold/printed/framed the prints originally.

Close up of Squall. You can see Seifer’s reflection in his blade. 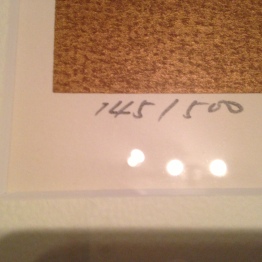 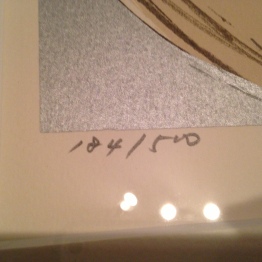 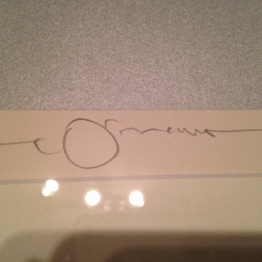 Close up of Squall’s reflection in Seifer’s blade. 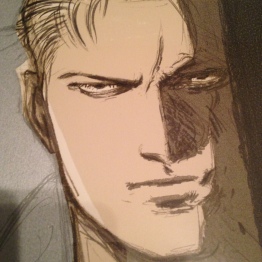 Close up of Seifer.

Back of Rival II (Rival I is identical) 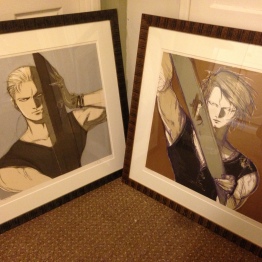 Shot of both prints together. 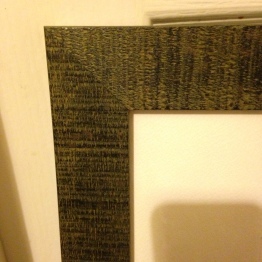 Rival II frame – it has a silver/green tint.

Rival I frame – it has a bronze tint.