This is the first quality piece of Zelda merch I have purchased and boy it was worth it. I brought him at the MCM Expo in London this weekend. I have been a Zelda fan the whole of my life. My parents were playing the NES games when I was born and the SNES Zelda game is what got me into gaming in the first place. I have avoided Zelda merch due to the lack of it, poor quality or extreme cost. There doesn’t seem to be a happy medium for figures in the Zelda range that is similar to the Play Arts. As for the high end range, it is -extremely- expensive when trying to get a range of statues. They are made by a company called First 4 Figures ‘F4F’ and each line they produce is strictly limited. The statue I brought was Dark Link, one of the cheapest figures in the series. He was £99 which is a pretty good price for the statue. The series is limited to 2500 pieces. There is a more exclusive edition where Dark Link’s red eyes and the water base light up and that is limited to 725 pieces. I would have loved the exclusive edition but this one is still very awesome.

He stands in an action pose leaping off a rock in the Water Temple. Clear rippled water made from plastic lines the top of the base and rocks are underneath to give a true effect of the Water Temple where Link faces Dark Link in battle. He is made from poly-stone which makes him heavy but also makes him look and feel high quality. The design is simple and modelled after his Ocarina of Time design, meaning all of his features are very dark. The whole figure is black, including the sword, shield and sheath. The blade of the sword is a slightly lighter shade and there are some changes in tone on the shield but the majority of the statue is very dark; both skin and tunic. It’s difficult to see just how dark he is in my photographs because my flash makes him appear a much lighter grey. The official stock images give a better indication of the dark colour. The statue is approximately 12 inches tall so he is probably my largest statue to date. I have taken a photo so you can see a size comparison compared to a 1/8 Yuri Lowell, PAK Nero and a Trading Arts Kai Cloud. He’d make a fantastic centrepiece for any collection!

As with all F4F statues, they come with an authentication card where you can register the statue directly with them. I’ve blacked out my authentication number because although I’ve already registered my figure with them I’d prefer not to make my number public.

But buying one statue was fatal for me… Now I have a taste for Zelda statues I don’t think I’ll be able to resist buying more! 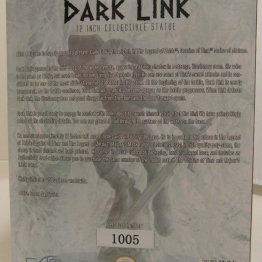 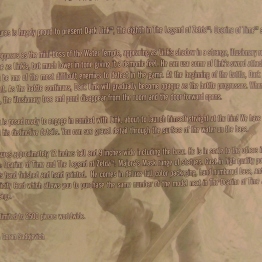 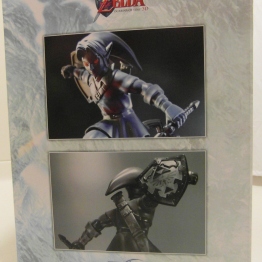 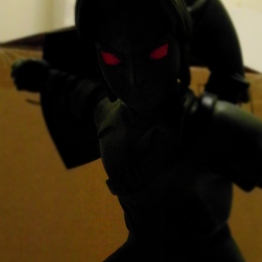 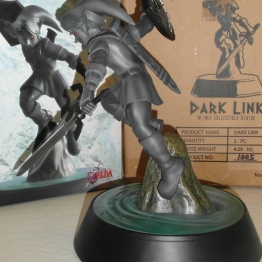 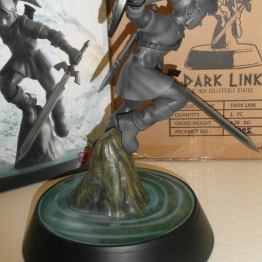 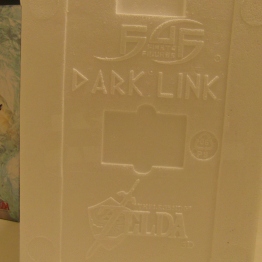